Andy Summers, is an English guitarist who was a member of the world famous rock band The Police. He’s also had an extensive solo career, collaborated with other musicians, composed film scores, and exhibited his photography in galleries.

A few years ago, I worked with Andrew Behla from Behla Design on Andy’s official website.

I was mostly involved in the front-end, implementing the design and the media contents. 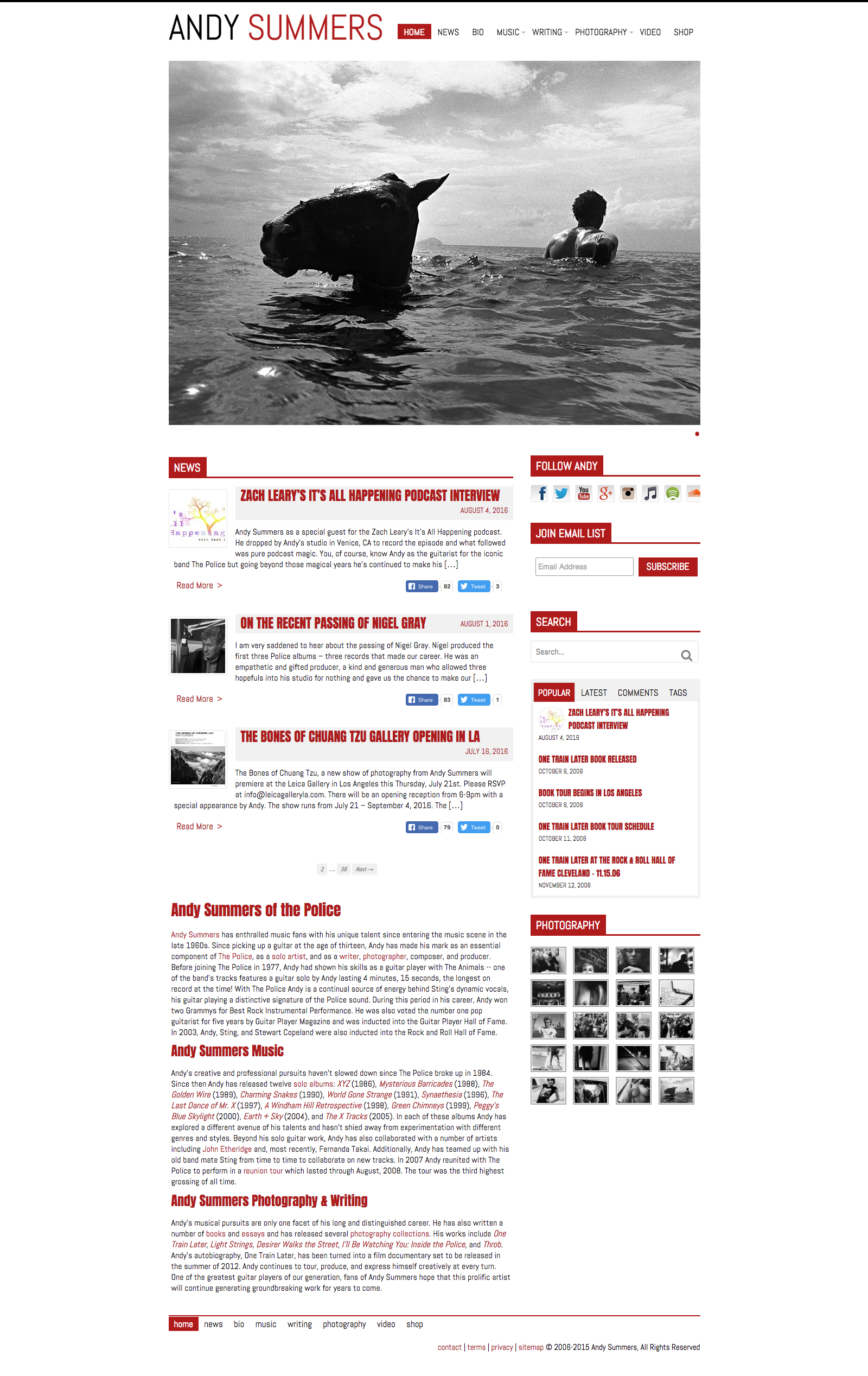